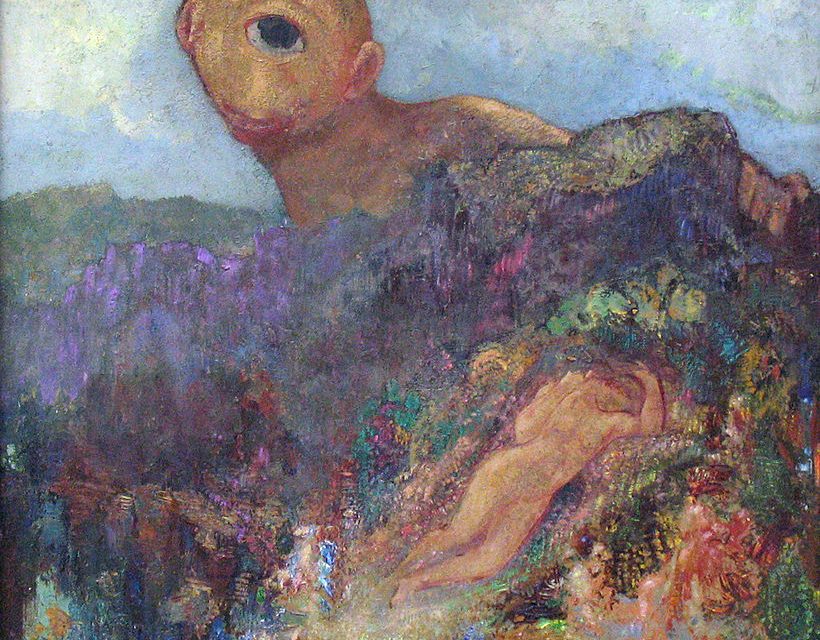 Depicting the reality of fantastical or finding it within

“I have often, as an exercise and as a sustenance, painted before an object down to the smallest accidents of its visual appearance; but the day left me sad and with an unsatiated thirst. The next day I let the other source run, that of imagination, through the recollection of the forms and I was then reassured and appeased.” Odilon Redon

Redon immersed himself in the world of black and white, depicting the infinite he saw in his visions in his monochromatic compositions called Noirs (this series also made him recognized as an artist to a larger audience) but later he experimented with the colours in a very non naturalistic way thus paving the way towards Abstract expressionism. He was one of the most notable symbolist painters, leaving the mark of influence on Marcel Duchamp and Paul Gauguin among many others. 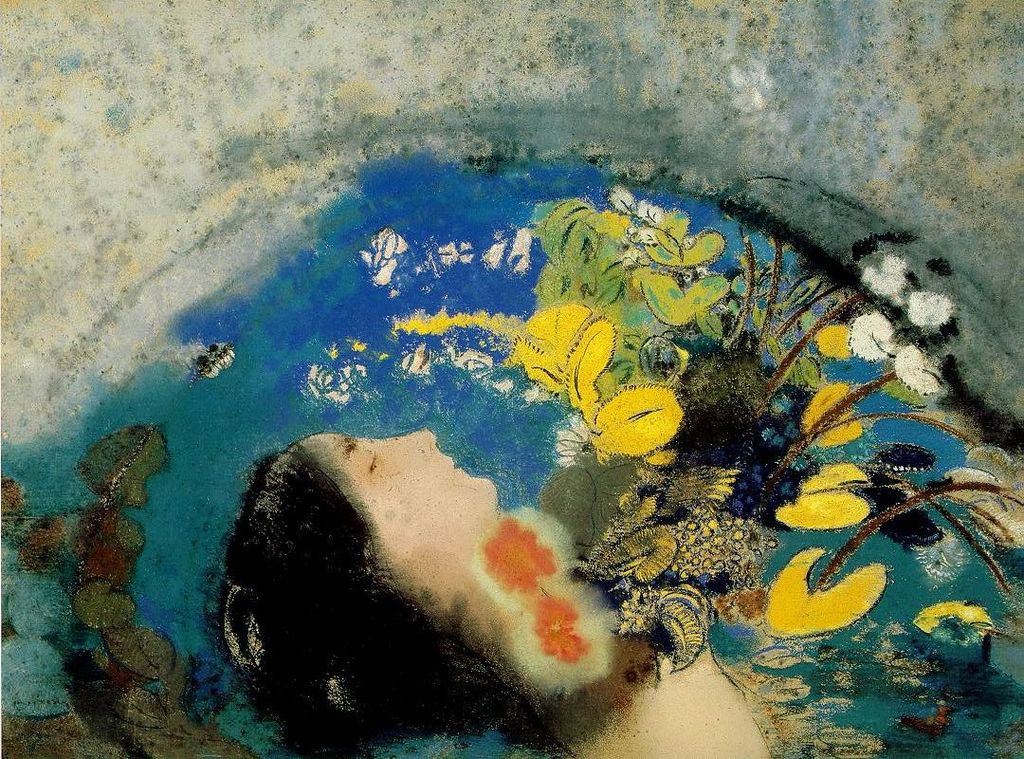 Finding of the monsters and liberating from the ordinary mundane life

The Artist submits from day to day to the fatal rhythm of the impulses of the universal world which encloses him, continual center of sensations, always pliant, hypnotized by the marvels of nature which he loves, he scrutinizes. His eyes, like his soul, are in perpetual communion with the most fortuitous of phenomena.”

Hindu and Buddhist teachings had a great influence on Redon as he was trying to balance out the vivid imagination and the world surrounding him. Often the theme of a head decapitated and free floating, often inspired by the mythological world. His painting, Cyclops, directly inspired by Greek mythology of Polyphemus who was in love with naiad Galatea and while traditional interpretation is of a destructive monster who devours everything before him, Redon depicted Polyphemus as a benevolent creature hiding behind the mountain and observing the helpless Galatea as she rests and gets her energy from the springs of the mountains that she is comprised of. 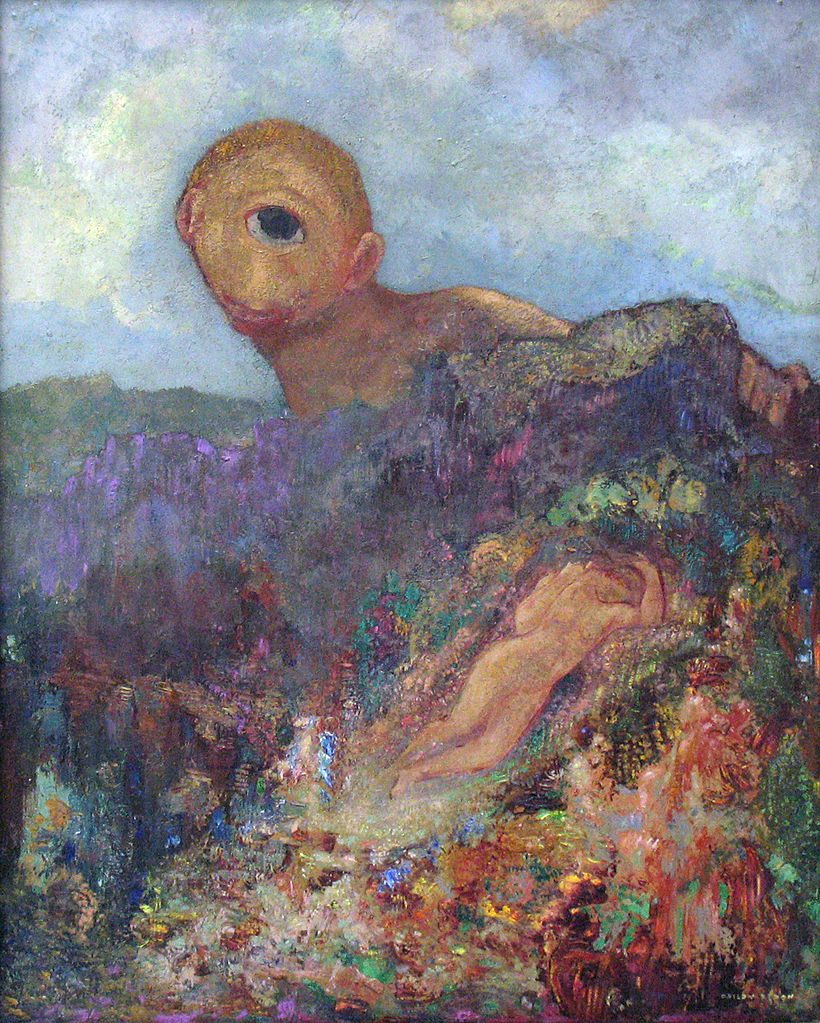 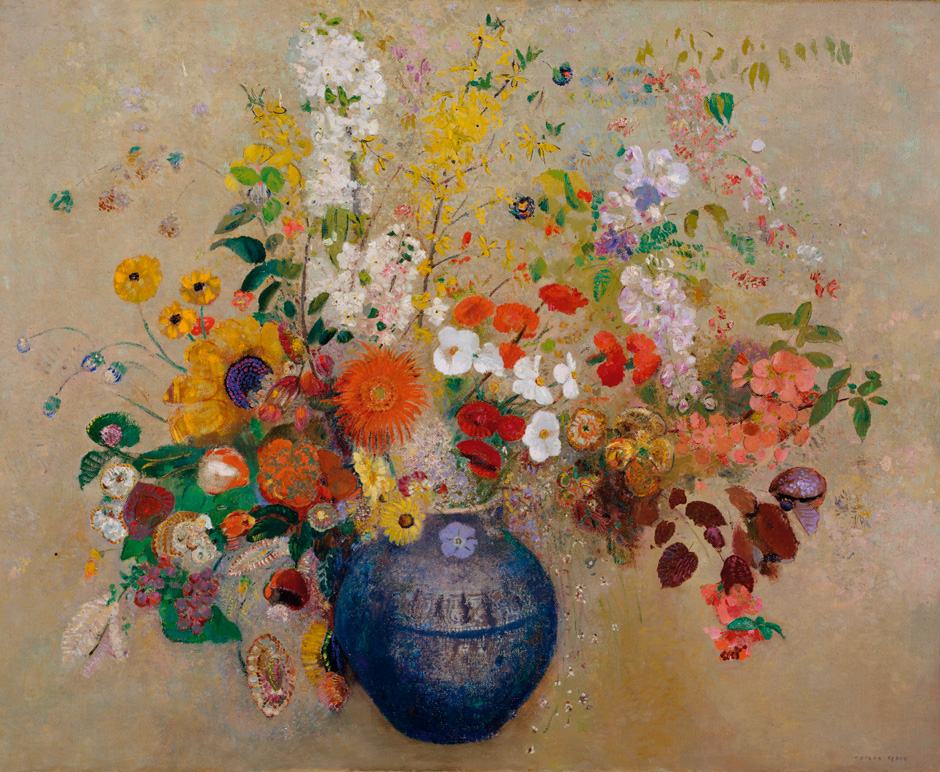 “My drawings inspire, and are not to be defined. They place us, as does music, in the ambiguous realm of the undetermined.” Odilon Redon 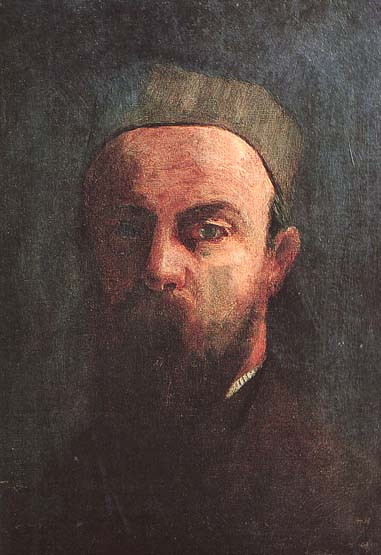 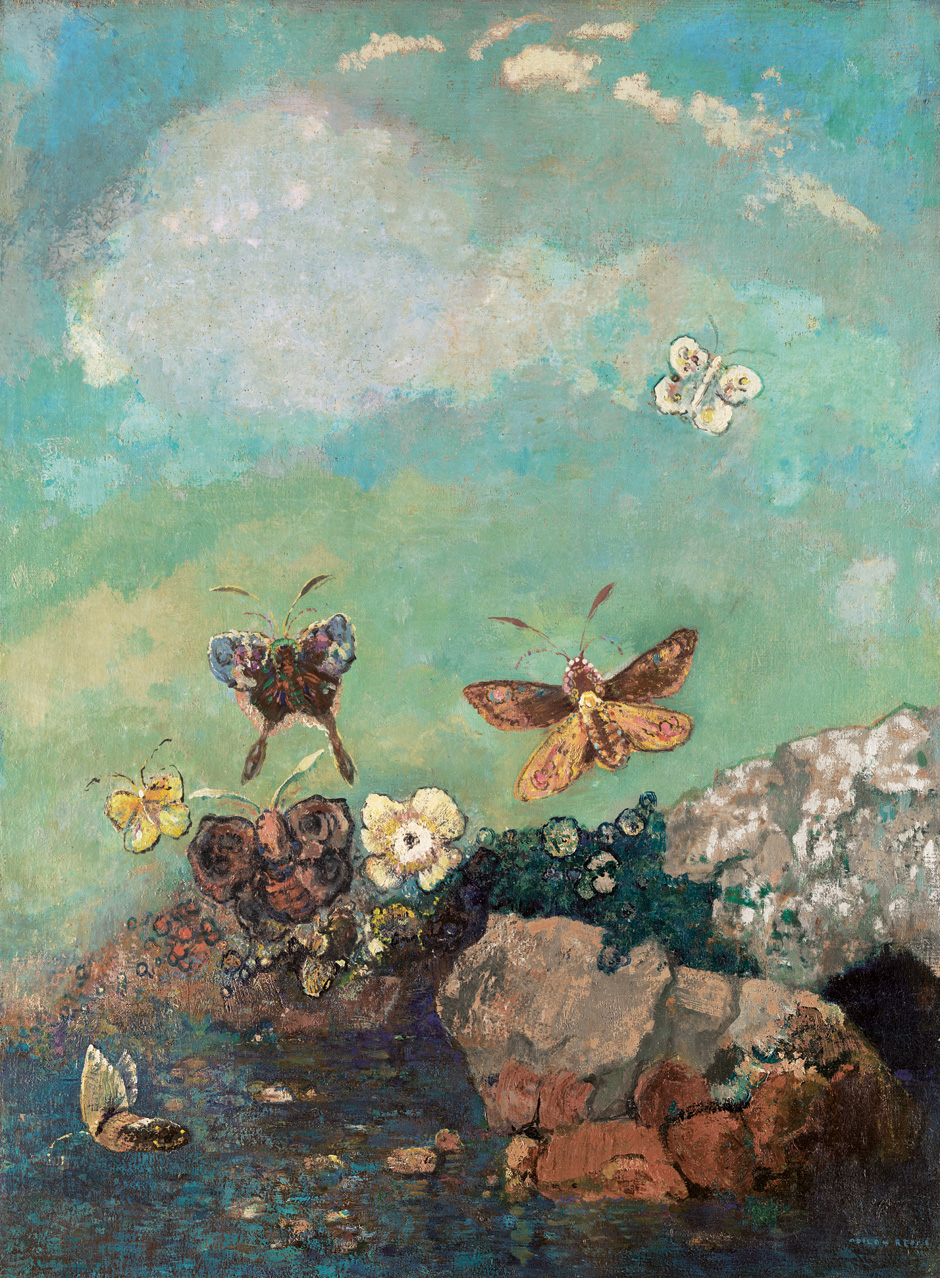 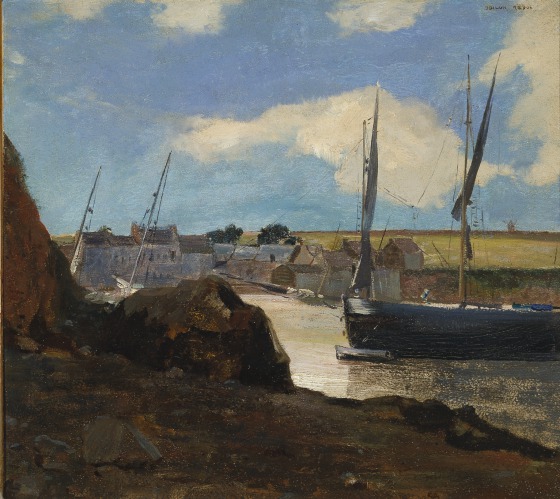 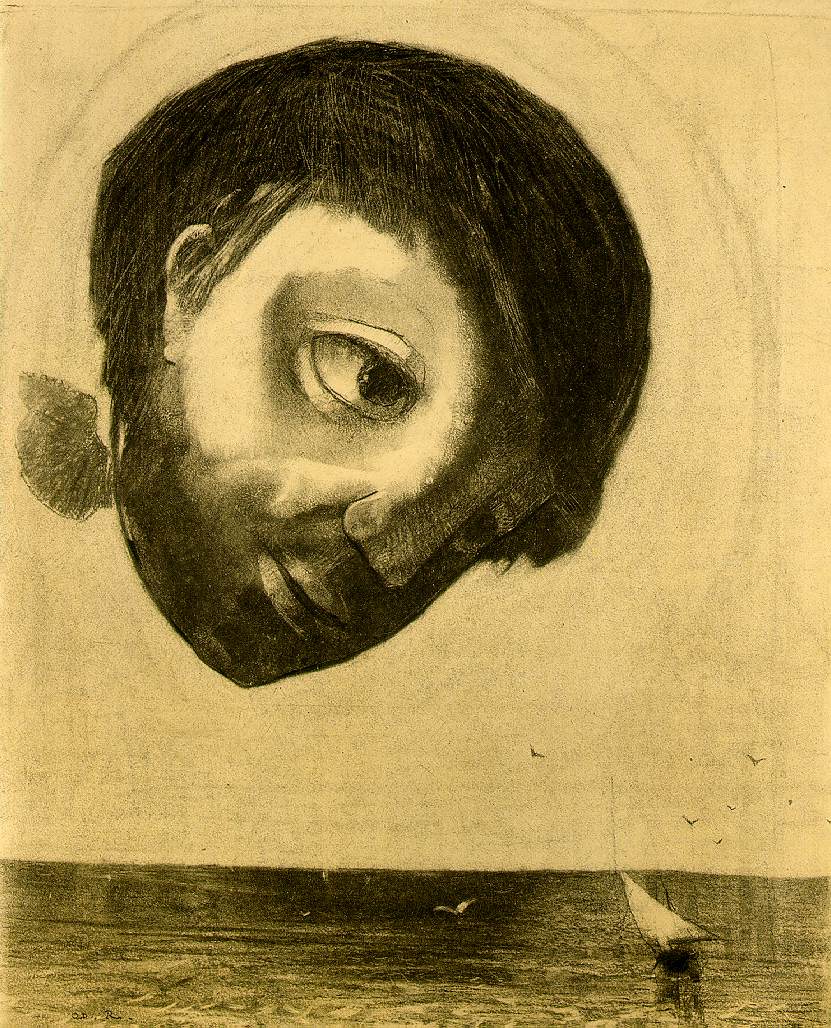 It is not only Cyclops but many mythological creatures such as Centaurs, Pegasus, Sirens, Satyrs,…they all lived vividly in the imagination of Redon as well as the hybrid creatures such as a human or semi human head emerging from the body of the spider. It was the extreme interest in natural science and at the time emerging Darwin’s theory of evolution that greatly inspired his thinking and artwork. 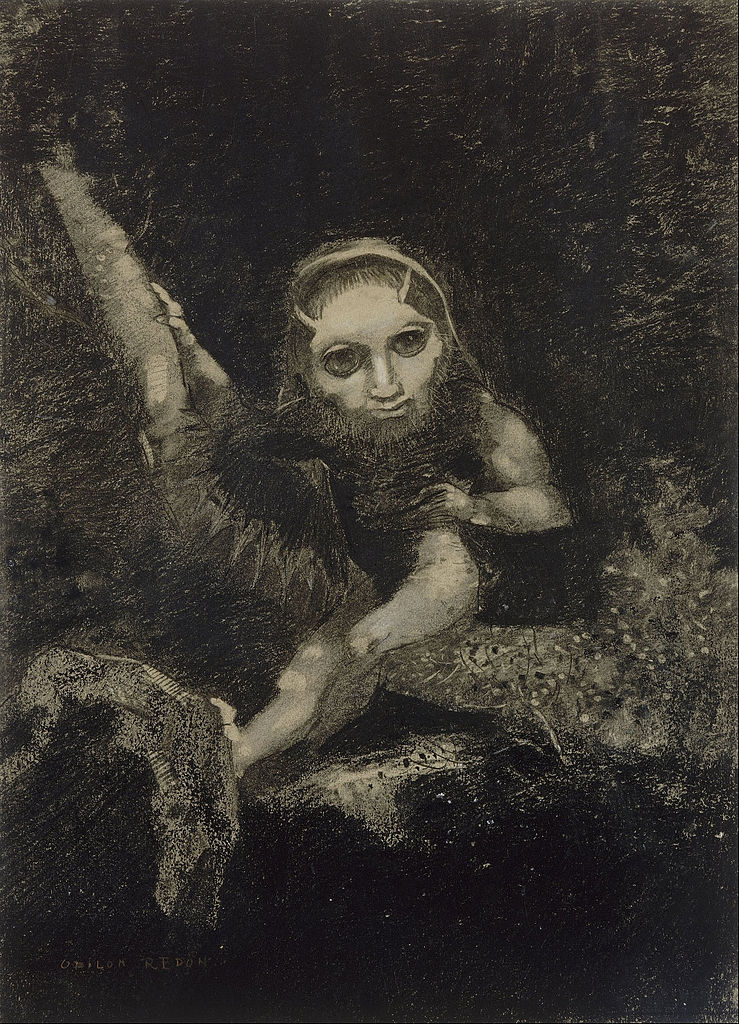 Redon explores the whole spectrum of the premordial human imagination, the depth of the fantastic world that goes both into the light and dark, past and future, life and death. Sometimes these are inversed in a way dark becomes light and fear becomes love such as his mythological conception. As the imaginary world doesn’t have fear of death, or death itself doesn’t have to happen, Redon explored this world in order to find his monsters.

It was the finding of his personal monsters that helped him feel authentic, and this is a great example of building the inner world for anybody living in 21st century where numerous computer screens surround us and almost replace our facilities for imagination. How else can we build the authenticity that is so required unless we enrich the powers of our own imagination? 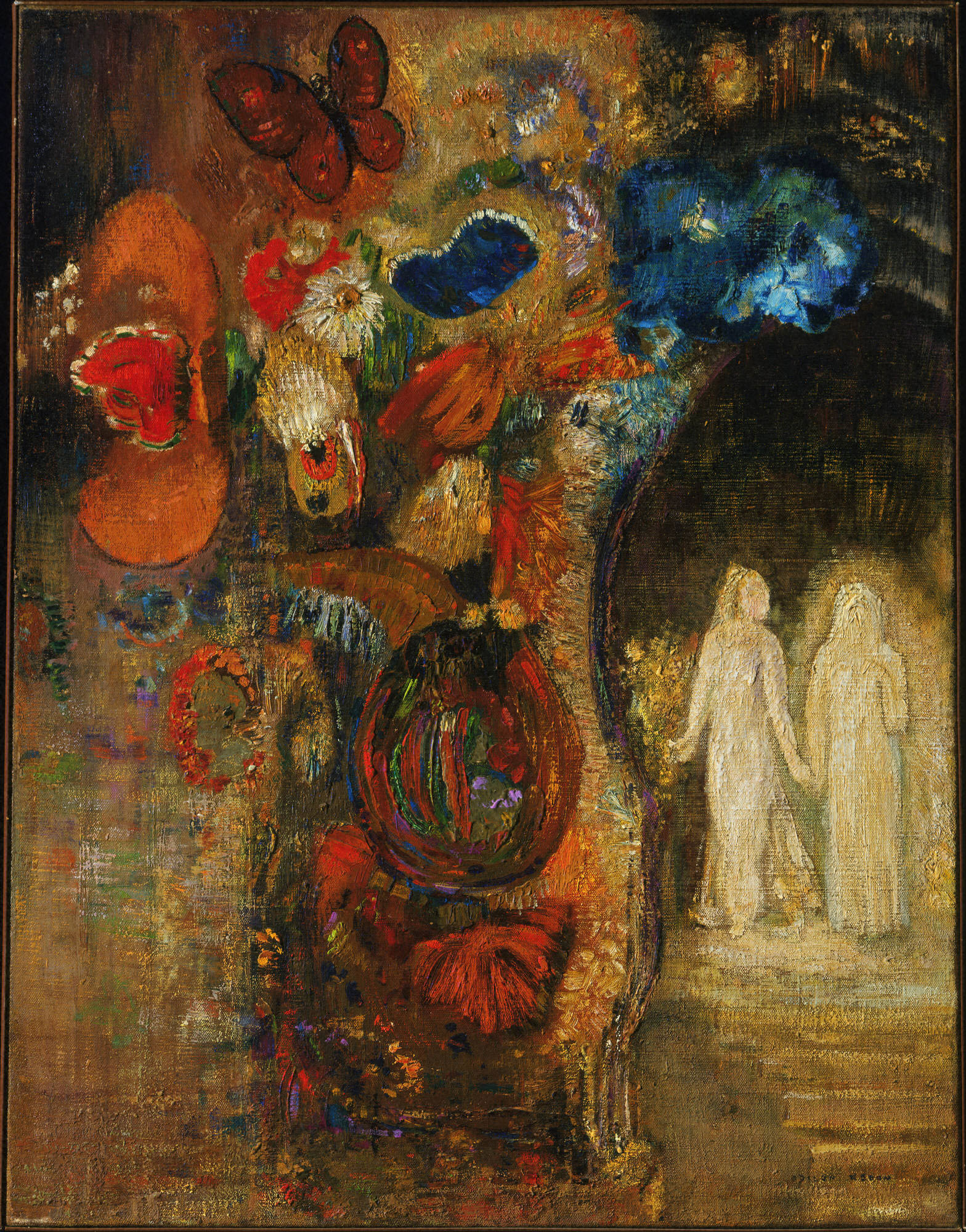 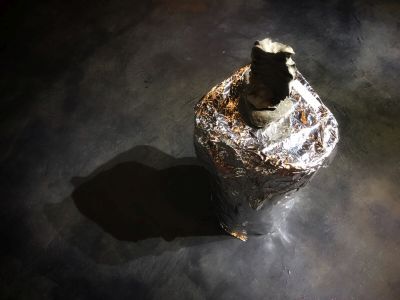 You have Successfully Subscribed!

Want your art/music featured on musebuz